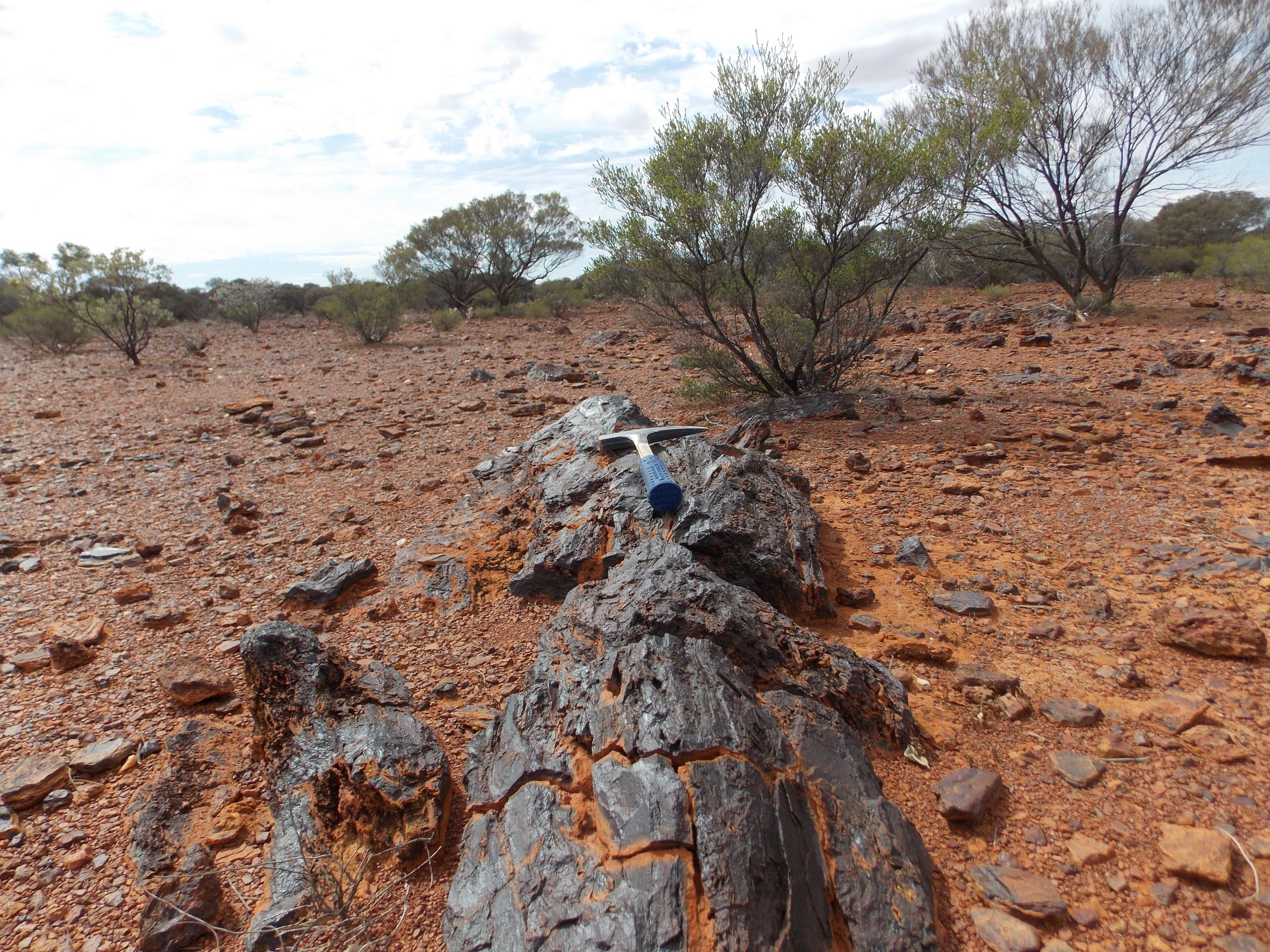 Mount Ridley’s Weld Range West Project geology is expected to be similar to the overall Weld Range package, as aeromagnetic imagery shows that the banded iron formation (BIF) units are continuous, with a NE-SW strike direction, throughout the entire Weld Range. 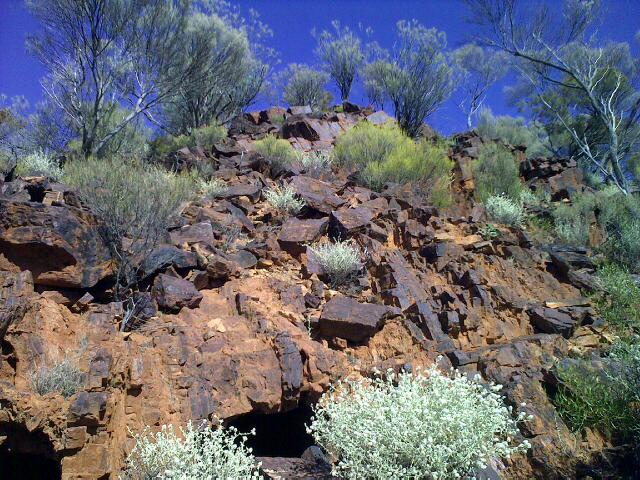 iron resources in the weld range

The bulk of the Weld Range is held by SinoSteel Midwest Corporation Limited (“SinoSteel”).  SinoSteel’s web site describes its Weld Range project as based on a BIF high-grade resource of 300 Mt at the Beebyn and Madoonga ore bodies, considered sufficient to support over 25 years of production.

Fenix Resources Limited is advancing its approximately 10.5Mt at 64.2% Fe direct shipping iron operation at its Iron Ridge Project.  Project development is advancing, and the first shipment is scheduled for Q1/CY2021.

The Project also includes the prospective Madoonga Beds, where a five-kilometre-long and up to 75 metres wide anomalous goethitic zone coincides with a stacked geophysical anomaly.

The only RC drilling, completed by Crosslands, was situated on the north-western banded iron formations, and did not apparently target DSO haematite mineralisation. 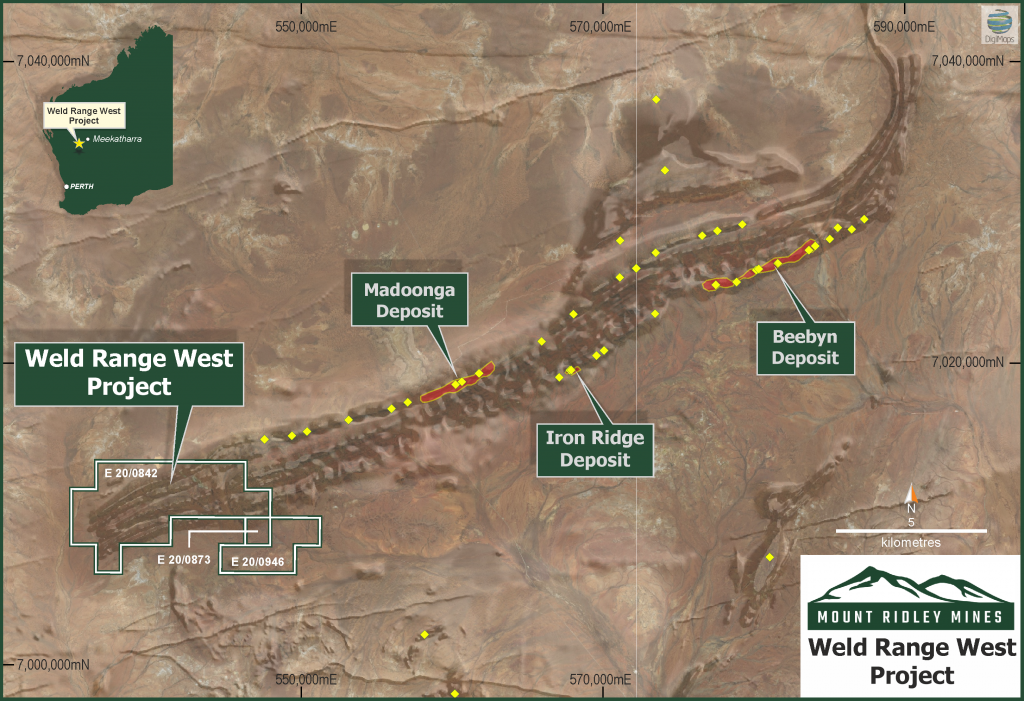 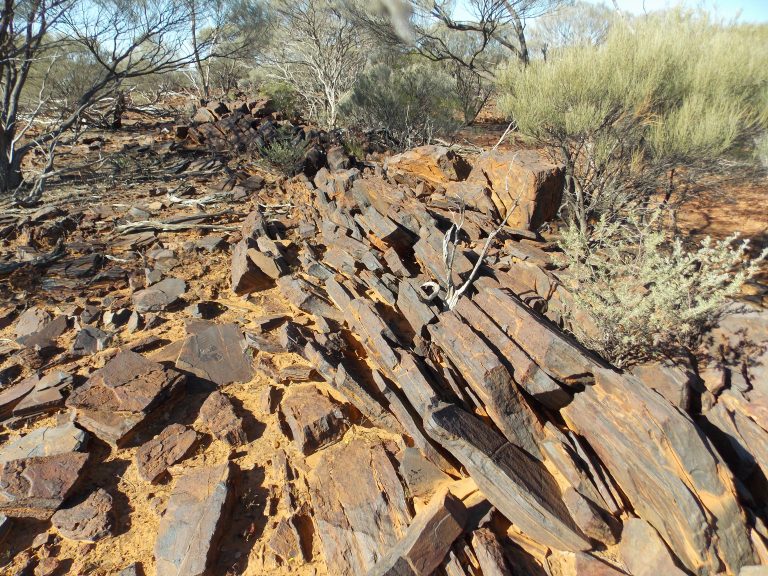 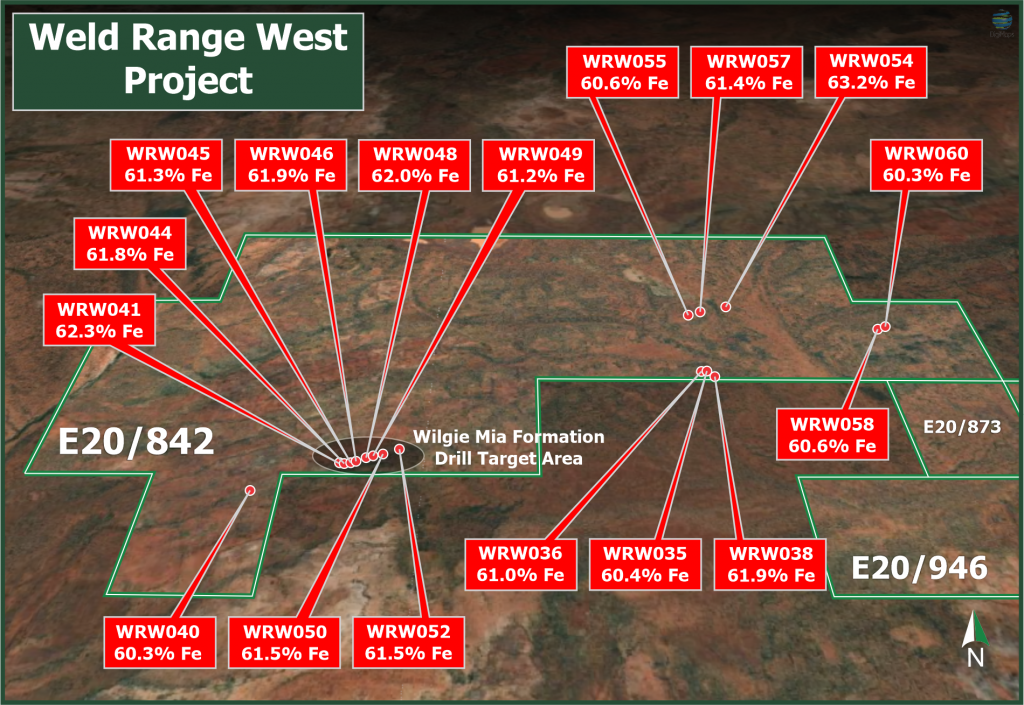